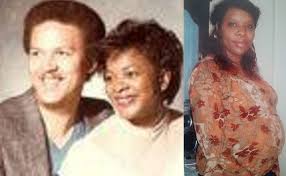 Tv One's Fatal Attraction, Last Call, Season 8, Episode 11 is about Roscoe Glinton and Lisa Eatmon
in the state of New York. This ends badly for Lisa Eatmon as she ends up dead and Roscoe Glinton ends up in prison for 25 years-to-life in prison.
TV One describes this episode as: When a pregnant woman's body is found floating in the Hudson River, detectives suspect she has committed suicide, but as new evidence surfaces, officers realize they have a homicide on their hands.
His appeal includes (see link) Defendant made a valid waiver of his right to conflict-free counsel, and the retained counsel of his choice provided effective assistance. The court conducted a thorough inquiry pursuant to People v Gomberg (38 NY2d 307 [1975]) concerning the nature and extent of any potential conflict arising from counsel and his firm's prior representation, in employee disciplinary matters, of potential witnesses, and his firm's ongoing retention by a municipal labor union whose members included defendant and many of the prosecution's witnesses. Defendant then made an informed determination to proceed with this attorney, thereby waiving any claim of prejudice resulting from the claimed conflicts
You can write to Roscoe Glinton at:
Roscoe Glinton 06A6515
Green Haven Prison
594 Rt. 216
Stormville, New York 12582-0010