On season four of Fatal Attraction, Social Media Murder is the true story of the murder of Ronald Taylor Jr by Tarence Mitchell and the story of Ronald Taylor Jr and Tarence Mitchell. This story ends badly for Ronald Taylor Jr.
This is a controversial story for this show, and I don't know that I agree it should have been featured on her. I'm not convinced that Tarence was in a relationship with this man. Abusers have a funny way of getting in your head and making you think you want something you don't. To me, this is a story of sexual and child abuse.
Tarence Mitchell was sentenced to 12 years, with the possibility of parole on 04/15/26.
The show is described as A brutal stabbing attack leaves one dead and an investigation leads to secrets, sex and control. Ronald was pressuring Tarence to continue having a sexual relationship with only him and to leave girls alone. He threatened to expose him to the community via social media. He was a very young adult at the time. There's no shame in being gay, but it is not easy to come out in small town America, point, blank, period.
You can write to Tarence Mitchell at: 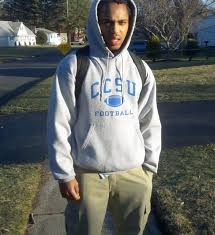 This is a great story for learning don't judge other people, what they do, and why they do it. I don't believe this was a stone cold murder. I think it was an act of desperation. Taylor's family likely does not believe that, but that is their truth. Allow others to live their life and mind your own business.