On season four of Fatal Attraction, Badge of Betrayal is the true story of the murder of Tony Hayes by Monique Johnson and the love story of Tony Hayes and Monique Johnson. This story ends badly for Tony Hayes.
Monique Johnson was sentenced to four years She was found guilty of reckless homicide. She violated probation by failing to
get a job and served time for that as well. Her son, Donald Wallace was put on a four year diversion program for assisting her in getting rid of his body.
The show is described as A cop vanishes without a trace in a hidden world of sexual infidelity and violence. This story, if all sides are to be believed, is the classic example of a bad relationship. Tony did not deserve to die (as no one ever does), but he did seem incapable of having a loving healthy relationship. There was infidelity, anger, abuse and control on both sides. There are no official reports of abuse on record, but many abused individuals do not report abuse out of embarrassment. This story has been on Fatal Attraction and Oxygen's Snapped. 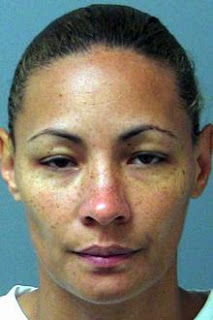 The worst place to find yourself is in a relationship that is too good to leave and too bad to stay. When you get just enough love to stay invested, but not enough to flourish is a difficult place to be. If your relationship is abusive, controlling or generally makes you unhappy, leave. Nothing good ever comes from staying.