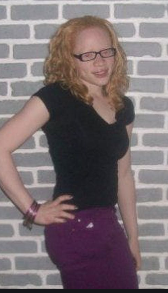 In season seven of Fatal Attraction, Wrong Turn , is the story of the killing of Asia Harris by Samuel Wilson . The love story between Samuel Wilson and Asia Harris is compelling and tragic. Ultimately, her husband Samuel, hired Darin Brusiter II to murder her so he could collect on her life insurance policy.

The show is described as Asia Harris is gunned down in her vehicle on a dark, secluded road, leaving her family and friends rattled; while police race to find Harris' killer, they discover she had some secrets of her own.


You can write to Samuel Wilson at:


You can write to Darin Brusiter II at:

Obviously, Asia Harris is dead and Samuel Wilson is serving Life Sentence, parole after 36 years but there's more to learn.  Just like military members, be careful who you assign as your life insurance beneficiaries. If your relationship is unstable and unhealthy, change it from your spouse and be sure to inform them AFTER the change is permanent.