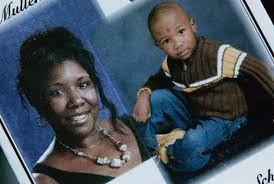 Tv One's Fatal Attraction, Where Evil Lurks, Season 8, Episode 6 is about Earnest Daise and Jeanine Mullen in the state of South Carolina. This ends badly for Jeanine Mullen, Jeremiah Daise, and Waltfredo Davis-Mullen as they end up dead and Earnest Daise ends up in prison for life in prison without the possibility of parole.
TV One describes this episode as: In Dale, S.C., a woman and her two children are found shot in the head; while investigators fear there could be more carnage, the cold-hearted truth will shake this community to its core.
His appeal (linked above) includes: Jeanine Mullen was the mother of four children, Child 1, Child 2, John Doe 1 (four years old), and John Doe 2 (two years old).  Jeanine was involved in a romantic relationship with Daise—the father of John Doe 2—at the time of the murders.
On the morning of November 15, 2009, Daise left Jeanine's Beaufort County home in her white van.  Video surveillance showed Daise with the van at a gas station between 11:45 a.m. and 12:18 p.m.  Jeanine's attempts to reach Daise to return the van, which she needed to prepare for John Doe 1's fourth birthday party, were unsuccessful.  Phone records established that between 11:39 a.m. and 3:52 p.m. on November 15, Jeanine called Daise eighteen times.  Although most of the calls went to voicemail, the 3:52 p.m. call lasted twenty-eight seconds.
Around dusk,1Daise was seen with the van at Eddie's Disco, where he was overheard telling someone on the phone, "Who the f*** you think you talking to?"Sometime between 6:30 p.m. and 7:00 p.m., Jeanine's father, Frank Mullen, arrived at Jeanine's home to drop off the two older children.  The group noticed Jeanine's white van parked in the driveway—the doors were open and it appeared "ransacked."  Inside the home, Frank found John Doe 1's body in the kitchen and Jeanine's body in her bedroom.2  Although John Doe 2 was still alive, he had also been shot and was lying near Jeanine.  The only item missing from the home was a .38 pistol.
You can write to Earnest Daise at: 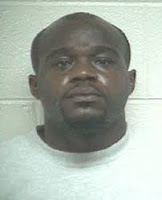