Up in Smoke Lisa Toney and Marcus Toney 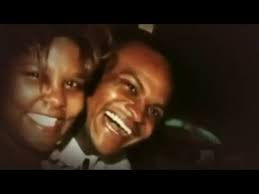 Tv One's Fatal Attraction, Up in Smoke, Season 8, Episode 9 is about Marcus Toney and Lisa Toney in the state of Illinois. This ends badly for Marcus Toney as he ends up dead and Lisa Toney ends up in prison for Life in federal prison.
TV One describes this episode as: Marcus and Lisa Toney are a Chicago power couple destined for great things, then a pipe bomb kills Marcus, leaving police to wonder who would have wanted to murder him.

Her appeal (see link)  includes .Lisa Toney was convicted of federal crimes, including credit-card fraud, after she and her boyfriend obtained fraudulent credit cards in her husband's name and killed him with a mail bomb after he found out. Toney initially was sentenced to life imprisonment and ordered to pay $141,942 in mandatory restitution

You can write to Lisa Toney at: