The Devil Beside Me, Darlene George and Rennie Cassimy

Darlene George was sentenced to 40 years in pridon. .

This episode is described as a loving husband and father is murdered, exposing a tangled web of sex, lies and greed to investigators.

Her appeals include (see link):

The  history  of  this  case is described in greater detail in State  v. Williams,  2012  ME 63,---A.3d ---,  which  is  published  concurrently  with  this opinion.On June 20, 2008, at approximately1:00 a.m., during a simulated home invasion, two  intruders  murdered  George’s  husband in  his  home  in  Old  Orchard Beach.Approximately  one  week  prior  to  the  murder, George  had  conspired  with Williams,  her  brother,  and  Rennie  Cassimy, a  self-described  “gigolo”  with  whom she was having an affair, to execute the simulated home invasion with the intent to murder the victim.

You can write to Darlene George at: 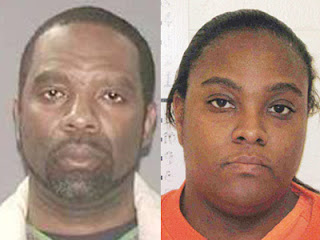 Rennie Cassimy was sentenced to eight years and was deported when his sentence was complete.

While Winston George is dead, and Darlene George is serving 40 years, there are lessons here for anyone willing to it a thought. When in a relationship, pay attention to your habits and the habits of your spouse or significant other. Educate yourself about what healthy relationship is so that you will not accept anything less from yourself and for yourself.