Ruthless Rivalry is the story of the murder of Kadijah Stewart by Lionel Carter and the love story of Lionel Carter and Kadijah Stewart. Neither of these true stories turns out well for Kadijah.
Lionel Carter is convicted of murder and sentenced to 33 years in prison.
TV One describes this episode in Season five as Kadijah is found shot to death in a parked car in a rough neighborhood revealing a story of star crossed lovers. Kadijah was also involved with Tony Midchel, who was heavily involved in a rival gang. Defense suggested it was he who did the killing.
You can write to Lionel Carter at: 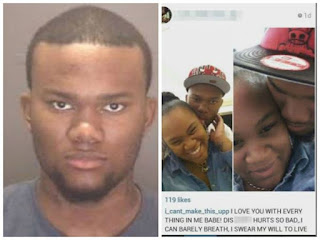 Rule one, don't date thugs. Rule two, don't date RIVAL thugs. I will never understand women who will chase a thug to hell and back, only to end up dead (like this case) or in prison for life (think For My Man).  Common sense is never common anymore.
You can view this episode here.