In season three, episode 18, we see Grim Obsession, the true story of the murder of Stewart Elvin Tabb Jr by Jokari Jontue Carter. and the love story of Coco Edwards, Stewart Taft, Jakari Carter and Sunday Harper which doesn't end well for Stewart Elvin Tabb Jr.
This show is described as A burgeoning love affair turns sour when one is gunned down. Stewart was a married men when he met Sunday who couldn't resist his charms. This wasn't the first time Sunday experienced extreme loss. Her long term partner, Coco Edwards had also been mysteriously gunned down years earlier. Jokari and Sunday had been dated and he was watching her apartment prior to the shooting. 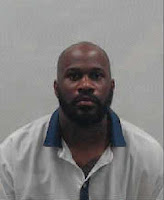 If you are married and unhappy - LEAVE that's what adults do. Adults do not step out on their spouse. If you are single, do not mess with married people. Either way you have no idea of what you are inviting into your life when you choose to do so.