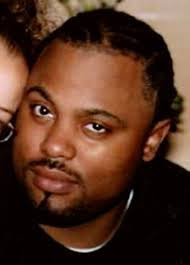 Tv One's Fatal Attraction, Driven by Revenge, Season 8, Episode 3 is about Jamel Campbell and
Meagan Foley in the state of Meagan Foley. This ends badly for Jamel Campbell as they end up dead and Meagan Foley ends up in prison for 15 years with ten suspended.
TV One describes this episode as: After 33-year-old Jamel Campbell is found shot dead in a Groton, Connecticut hotel room, accusations of infidelity explode and bring to light a bevy of suspects.
You can not write to Meagan Foley as she has been released.

According to Bryan Wright's appeal,
Near the victim was a set of car keys. The police located the car associated with the keys in the hotel parking lot, and determined that the car was registered to Emily Strother, the victim's girlfriend and mother of his child. After speaking with Strother and several of the victim's friends, the police learned that the victim might have made plans to meet with Meagan Foley at the hotel the night of his death.
When police first spoke with Foley, she informed them that she had communicated with the victim only a few times on December 9, 2008, via text messaging. The victim's phone records, however, indicated more than fifty communications between the victim and Foley on the day in question, including both text messages and telephone calls. When confronted with this information during a second interview, Foley told the police that there was a “blood feud” between the victim and the defendant. Upon receiving this information, the police interviewed the defendant, and during the interview, the defendant denied any involvement in the victim's death and provided the police with two telephone numbers where the police could reach him. The police then sought, obtained, and executed a search warrant for the defendant's residence. The search, however, did not yield any relevant evidence or information.

A Text to Die For