In season three, episode 12, we see Dangerous Addiction, the true story of the murder of Eric Clark by Constance Harris. and the love story of Eric Clark and Constance Harris which doesn't end well for Eric Clark. Christopher Tumlin is the hitman hired by her cousin,Jean Pierre Devaughn.
This show is described as Eric and Constance's dreams of happiness are cut short when Eric is shot to death by a diabolical killer. At the end of the day this is a classic case of a good man who got with a woman who was extremely self centered with no regard for anyone else's wants or needs. This story was featured on not only Fatal Attraction but Snapped on Oxygen. As you can see, prison has not been kind to her.
Constance Harris was sentenced to life plus five years and is not eligible for release.Christopher Tumlin was sentenced to 25 years. Jean Pierre Devaughn was sentenced to life

Viewed in the light most favorable to the verdicts, the evidence at trial showed the following. Appellant and the victim were married in 1999; they lived in Bessemer, Alabama. In June 2000, the victim obtained a $100,000 life insurance policy. In June 2005, less than six months before he was killed, the victim obtained another policy in the amount of $500,000. Appellant was named as the primary beneficiary on both policies. At some point during their relationship, Appellant and the victim began having financial difficulties, and they argued about whether Appellant should spend their money on illegal drugs. The couple borrowed money from the victim's mother, and they eventually filed for bankruptcy. In the late spring or early summer of 2005, Appellant pulled a gun on the victim during a heated argument. That fall, one of Appellant's friends saw her in a barber shop and asked how the victim was doing. Appellant replied, “F* *k Eric. I need to collect some insurance money on his ass.”

The victim worked a side job as a bartender, and he planned to drive to Atlanta on December 13, 2005, to buy liquor at a discounted rate for an event. Appellant called her cousin Jean Pierre DeVaughn, who lived in Atlanta, telling him that the victim was an abusive husband and asking him to kill the victim. Appellant then gave the victim DeVaughn's cell phone number and told the victim that she had arranged for him to meet with DeVaughn, who could help him find the discount liquor store. Meanwhile, DeVaughn called his friend Khorey Branch to ask if Branch knew where he could buy a gun, and Branch contacted Christopher Tumlin, who agreed to sell DeVaughn a handgun. On the evening of December 13, DeVaughn and Branch went to Tumlin's home in southwest Atlanta, where Tumlin sold DeVaughn a handgun for $125. DeVaughn then drove with Tumlin and Branch to a gas station near Six Flags, where they met up with the victim around 9:00 p.m.

You can write to Constance Clark at: 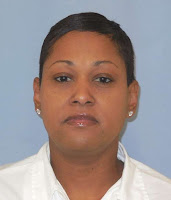 Everyone loves a love story - everyone wants one of their own. Be mindful to have a clear picture of the person you are dealing with rather then cling to a fairy tale that may not be true. It will save you years of pain and suffering and could even save your life.

Woman gets life for contract killing of husband