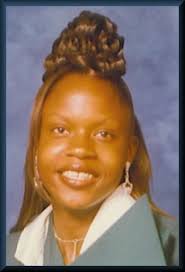 The show is described as, Ardena Carter's life resembles a fairy tale, but when she vanishes, the community must band together and find her before they lose her forever.

Michael was arrested by the FBI, tried in federal court and is serving a federal life sentence.

You can write to Michael Antonio Natson at:

Obviously, Ardena Carter' is dead and Michael Antonio Natson is serving Life Without but there's more to learn. The couple started dated in February 2003 . In March Ardena discovered she was pregnant and told Michael, who immediately pulled away. There is no reason on earth to be having a baby with someone you've only known for one month. Further, at that point, you don't even know if someone might kill you for having a child. Common sense ladies, common sense. Keep yourself safe and wrap it up!