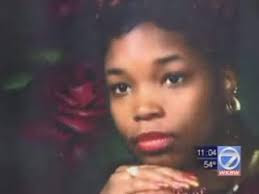 Tv One's Fatal Attraction, Bonds of Love, Season 9, Episode 2 is about Angela Moss and Ronald Epps and in the state of New York . This ends badly for Angela Moss as she ends up dead and Ronald Epps ends up in federal prison for insurance fraud which was the only thing he could be convicted of. He is sentenced to sixty years.
TV One describes this episode as: When a hardworking and clean-cut nurse is shot and left on the side of the road, police find evidence of drugs and connections to a motorcycle gang

Murdered woman's sons, not her killer, will finally get insurance money
You can write to Ronald Todd Epps at:

You can email Ronald using Jpay - you will need to select District of Columbia and use the 21195-055
Can't get enough true crime? Consider US Serial Killers for your viewing needs.