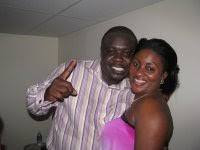 Tv One's Fatal Attraction, Bloody Superstition, Season 8, Episode 17 is about Seth Aidoo and Eunice Baah in the state of Maryland. This ends badly for Seth Aidoo and Eunice Baah as they end up dead and Delford M. Barnes and Sheila Aidoo, ends up in prison.
TV One describes this episode as: When two immigrants from Ghana are found murdered in their million-dollar Maryland home, the search for the killer leads investigators into the world of Caribbean religion
Barnes appeal (see link) includes:

The murders generating this criminal case came to light on January 14, 2009, when the Prince George's County Police Department received a 911 phone call from a friend of Seth Aidoo reporting his concern that he had not seen Mr. Aidoo or his girlfriend, Eunice Baah, in a few days. The police responded to Mr. Aidoo's home, which was located within a gated community in Upper Marlboro, Prince George's County. Upon entering the home, the police discovered the bodies of Mr. Aidoo and Ms. Baah in the basement and, shortly thereafter, pronounced both victims dead. Later autopsies revealed that Mr. Aidoo died from multiple stab wounds and Ms. Baah died from a gunshot to her head. The doctor who performed the autopsies ruled both deaths homicides.

At some point on the night of the 911 call, the Police Department's Homicide and Forensic Services Units responded to the crime scene. The police processed the home for evidence and a murder investigation ensued. It was determined that Mr. Aidoo and Ms. Baah likely had been killed on the evening of January 12, 2009.

Detectives Anthony Schartner and William Watts and Corporal Benjamin Brown were assigned to investigate the murders. They learned during their investigation that Mr. Aidoo at one time lived at the Upper Marlboro residence with his wife, Sheila Aidoo, and her brother, Samuel Culley, Jr.1 Ms. Aidoo moved from the home when the Aidoos separated and, shortly thereafter, Mr. Aidoo forced Culley to leave the home because of several confrontations between the two men. At the time of the murders, Ms. Aidoo, Culley, and Petitioner lived together in Ms. Aidoo's home in Springdale, Prince George's County.

Woman Arrested for the 2009 Killing of Ghanaian Couple

You can email Delford using Jpay - you will need to select Maryland and use 366802
You can write to Sheila Aidoo at: 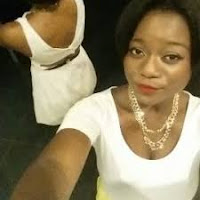