In season two, A Lethal Love Affair is about the murder of Latrese Curtis by Robert Reaves in the state of North Carolina. The love story of Steven Randolph and Latrese Curtis does not end well for Latrese Curtis. Steven

Randolph had a roommate who did not charge him rent in exchange for performing oral sex on him. Robert saw Latrese as the reason they could not be together as a couple. Steven was not gay, however he was enjoying living rent free. Robert Reaves was obsessed.

Robert Reaves was sentenced to life in prison without the possibility of parole  and is not eligible for release.

His appeal (see link) includes:
The evidence of record tends to show that Steven Randolph ("Randolph"), a college student and basketball player, met Robert Lee Adams Reaves ("Defendant") in the Spring of 2007. Defendant asked Randolph what he did for a living, and Randolph answered that he was trying to find a job. Defendant told Randolph he was a clinical research associate and could probably help Randolph. Defendant met Randolph several times at Southpoint Mall, and Defendant offered to let Randolph live with Defendant. Randolph did not have a stable living situation, so he accepted Defendant's offer, agreeing to pay $300.00 per month. Willie Mae Thorpe ("Thorpe"), Defendant's sister, also lived in the house with Defendant. Defendant and Thorpe had separate bedrooms upstairs, and Randolph moved into an apartment in the basement. The house had an alarm system, which recorded instances of the system being activated and disarmed. The system recorded the user code only when the system was disarmed. Each person in the house had a separate user code. Evidence tends to show that only Defendant knew and used the master code.


This episode is described as Latrese is murdered in a horrific act of violence and found stabbed to death on the side of a busy highway.

You can write to Robert Reaves at: 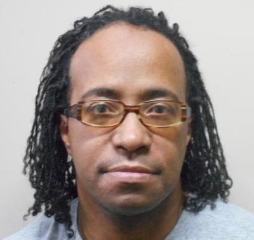 While Latrese Curtis is dead, and Robert Reaves is serving life, there are lessons here for anyone willing to it a thought. Clearly there were things about Steven that Latrese did not know about (ie homosexual activity). Always use protection when having sex because you can't know in the beginning what someone's sexual habits are and before you entangle your life with someone else, make sure you really know them.