Robert Johnson was sentenced to 25 years to life. This episode is described as The body of a mother of two is found by her husband; she had been stabbed 49 times and nearly decapitated. Robert is forbidden from having contact with this two children.

According to the Niagara Gazette, “(Robert Johnson) cut (his wife’s) throat from ear to ear,” Baehre said, “Then he savagely plunged a knife, 49 times, into her body. The words that popped out at that trial were hate and rage.”
Baehre called the slaying “one of the most brutal and vicious” murders she has seen in more than a decade as a prosecutor.

You can write to Robert Johnson at: 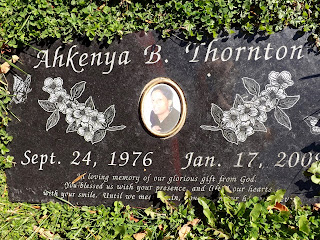 While Ahkenya Johnson is dead, and Robert Johnson is serving 25 years to life, there are lessons here for anyone willing to it a thought. Anyone can find themselves in an abusive relationship. Lower your odds by knowing what to look for in regard to potential abuse signs. Abusers are master manipulators who can fool anyone.