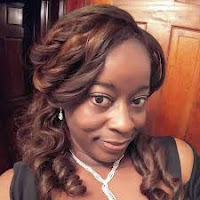 Bryn Ellis is convicted of Murder and sentenced to life sentence. He is not eligible for release.
According to the state, Ellis and Cheryl had been involved in a romantic relationship before Cheryl dated Barry. Ellis and Cheryl began seeing each other in 2006. Their daughter was born in 2007. During his relationship with Cheryl, Ellis was living with Katie Roberts, whom he had been seeing since 1996. However, in late 2008 or early 2009, Cheryl ended her relationship with
Ellis. According to Cheryl, Ellis did not want the relationship to end. Cheryl began dating Barry during 2009. Cheryl later testified that Ellis had followed her after he discovered that she was seeing Barry. Cheryl also testified that Ellis had threatened to kill her and Barry if they did not stop seeing each other. Cheryl and Barry continued to see each other while taking steps to avoid Ellis
TV One describes this episode in Season five as A jealous ex-boyfriend watches a new romance from afar until his bitterness takes him to the edge..
You can write to Bryn Ellis at:
Bryn Ellis 186582
Cmcf 720
Post Office Box 88550
Pearl, MS 39208

Again, failure to use birth control when sleeping with a pyscho man. If you like living dangerously, that's one thing, but don't bring children into the equation until you have a good understanding of who someone actually is. Children are a blessing, but they do make it more difficult to safely exit a dangerous relationship.