Horror on the Highway, Ryan Holness and Serika Holness

Ryan Holness was sentenced to Life and is not eligible for release. His friend, Dellando Recardo Campbell was sentenced to 30 years as part of an agreement and had to testify against him for this brutal murder.

His appeal (see link) includes:
According to the state, about ten minutes before six o'clock in the morning on June 5, 2009, dispatchers received a 911 call alerting them of a carjacking on Route 290 near Crumpton, Maryland, on the state's Eastern Shore. The caller related that a woman had possibly been stabbed in connection with the incident. Deputy Amanda Knox of the Kent County Sheriff's Office responded to the residence of John and Kim Rolfe, where she encountered Holness on the front porch. It had been raining, and Holness was wet, shoeless, and shaking, with a wadded loop of duct tape drooped around his neck. Knox asked about the woman reported stabbed, but Holness stood mute. Mr. Rolfe spoke up, informing the deputy that Holness had earlier volunteered that the woman was his wife, and that she was in a field off the road, about 500 yards south. With Maryland State Troopers Sayles and Forte, who had just arrived on the scene, Knox went to check on the woman.
Nearing their destination, the officers observed a number of items strewn across the road, including a purse, a paperback book, a tennis shoe, a woman's sandal, Holness's drivers license, his military ID, and a roll of duct tape. The woman, Serika Dunkley, lay dead in the field, having sustained eleven stab wounds and several dozen cuts, including four to her hands while defending the attack. The most serious wounds were to Dunkley's neck, critically compromising her left internal jugular vein, her trachea, and her thyroid gland.


This episode is described as police are on a manhunt to find a killer after a woman is found stabbed to death in a Maryland field.

You can write to Ryan Holness at: 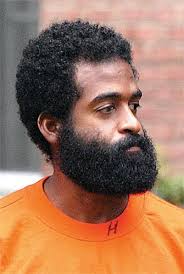 While Serika Holness is dead, and Ryan Holness is serving Life, there are lessons here for anyone willing to it a thought. Educate yourself about what a healthy relationship actually looks like. It's not your fault if you were not shown a good example, but if you choose to repeat the cycle, that's on you for not learning better.