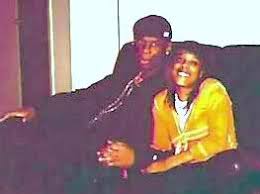 Denetria Council and Jason Paige wee a couple though not much is online about the nature or length of their relationship. According to Fatal Attraction, he was much older and outgoing than she was.

The crime came to the attention of the police when Jason publicly chocked Denetria outside of her mother's apartment building. Her injuries are noticed and she is rushed to the hospital. In the hospital, she was drifting in and out of consciousness with her injuries turning life threatening. When police arrived at the home they had shared for a year, they found a horrific torture chamber where Denetria was abused. On the show, he is depicted as showing typical love bombing behavior.


At one point, the victim, a long time victim of Paige, denied he was the one who injured her. He had taken her hostage for two weeks beating her on a regular basis in the home he shared with his daughter and niece. Jason had used his cousin to contact Denetria and convince her that he loved her and they should be together. She recanted that letter on the stand and showed the jury her injuries.

He was convicted on kidnapping and assault and sentenced to twenty five years. He claimed his sentence was a cakewalk.

Between July 3 and July 20, 2008, Petitioner restrained Denetria Council ("Council"), his then-girlfriend, inside an apartment where Petitioner and Council lived with Petitioner's nine-year old daughter and six-month old niece. Dkt. 9, Affirmation in Opposition to Petition for a Writ of Habeas Corpus ("Affirmation") at ¶ 4. Petitioner believed that Council had cheated on him. Id. During this seventeen day period, Petitioner repeatedly demanded that Council admit to cheating on him and repeatedly beat Council on her back and body with an electrical cord. Id. At various times throughout the seventeen days, Petitioner would duct-tape Council to a crib to prevent her from moving. Id. He would also pour water over her back to irritate her wounds. Id. As a result of Petitioner's actions, Council sustained countless lacerations and scarring over her back and body. Id. Eventually, Council was able to escape from Petitioner. Id.

You can write to Jason at:

You can view this episode here: