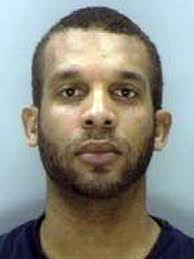 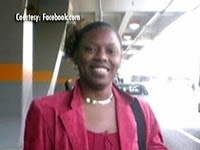 Teddy (as he prefers to be called) was dating Nikki McPhatter and they seemed to be getting along well despite the fact that Nikki was far more successful then he was.
On the night of the murder, Teddy called Kendra Goodman to help him dispose of Nikki's car. She waited for him while he drove the car down a dirt road and heard a "boom" and saw a plume of smoke. She took the police to where the car was where Nikki's body was found. The pair had used Nikki's ATM card to withdraw five hundred dollars.
Teddy had alleged that Kendra was simply his friend when in fact he was having an affair with her. Nikki confronted him about his infidelity which injured his fragile ego to the point he could not handle it. He shot her point blank in the back of her head. He disposed of his gun afterwards and attempted to clean up the crime scene. Kendra cooperated with the investigation, led police to the burned car, and testified against him.

Nikki's family was very distressed at the jury's finding of manslaughter. He was sentenced to the maximum for that crime which is 30 years. They felt he should have served life for taking Nikki's.

Theodore Manning (Respondent) was charged with murder following the death of his girlfriend, Mikki McPhatter (the victim). The victim died after being shot in the back of the head in Respondent's home. It is undisputed that the victim was unarmed. Another of Respondent's girlfriends, Kendra Goodman, led police to the victim's abandoned and burned vehicle, where her charred skeletal remains were discovered in the trunk.

Respondent sought immunity from prosecution under Act and in the alternative claimed he shot the victim in self-defense. At a pre-trial hearing, Respondent's counsel relied upon Respondent's statement to police, introduced as an exhibit by the State, to support his immunity claim. In the statement, Respondent maintained he had taken a gun away from the victim during an argument, but ultimately “pulled the trigger to show her to stop playing”:

It was a disagreement between the two of us. I was disregarding some of her questions when it came to the relationship ․ which turned into an argument that got heated. [The victim] picked up the firearm, pointed it at me. I asked her what the hell was she thinking. She asked me was I still serious, referring to whether or not I wanted to have kids with her. I told her that it was just friends with benefits, which made her even madder. I told her to stop playing and took the gun from her. I grabbed her hands and just took it from her. Then I pointed it at her and asked her “Are you fucking crazy[.]” I told her that “You can't be mad at me because when I came up to see you last you were asking me if I wanted to be friends with benefits.” She was still talking about whether I was serious. The whole time she was crying ․ even when she was pointing the gun at me she was crying. She hit the gun and I asked her again “Are you fucking crazy[?]” She told me “You're just like everybody else. You said that you were going to be there for me and you hurt me just like everybody else.” She went to take a step like motioned toward me, but she pivot [sic] when she did it and I pulled the trigger to show her to stop playing. I didn't see where the bullet went.
You can write to him at: 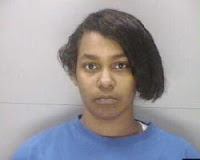 You can email Thodore using Jpay - you will need to select South Carolina and use the ID  00343245
Kendra Goodman was convicted of being an accessory after the fact, but served less than two years in prison after cooperating with police and testifying against Teddy Manning. She did an interview with True Crime Daily.
You can view this episode here:
Can't get enough true crime? Consider US Serial Killers for your viewing needs.
Deadly Women | Fear Thy Neighbor | Evil Lives Here
Web of Lies | American Monster | Deadly Affairs | Fatal Vows
Snapped Killer Couples | Snapped