In season three, episode 13, we see A Flaming Hot Fling, the true story of the murder of LC Lyons by Melody Williams . and the love story of LC Lyons and Melody Williams which doesn't end well for LC Lyons.
This show is described as Ex-running back L.C. Lyons remains are found in a bizarre house fire after falling in love
at first sight with Melody Williams. In total, she was charged with aggravated murder, aggravated robbery, aggravated arson, and two counts of tampering with evidence. Unusual green tipped matches were linked to her and found at the crime scene, which included a fire. She insists others had more motive and opportunity to commit the crime, but failed at winning herself an acquittal. 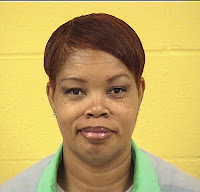