Tracy and Paulette had been married for fifteen years. They met in church and fell in love and appeared to be happily married. Tracy became the pastor of the church where they first met. He was however, not a great pastor. Nefarious would be a better word used to describe him. Paulette had not only caught him with other women, but men and transvestites as well. His sexual appetite had no end and could not be satisfied. He had a grown son, William Fuller. William had health care needs and Tyonne Palmer became his care giver. Tracy told Tyonne he was divorcing and he would marry her. Over time it became apparent that Paulette would not divorce due to her religious beliefs.

Tyonne and Tracy convinced William to kill her and he would receive part of a 60k life insurance policy. Together the three of them committed the murder and made it appear as though someone who wanted Tracy out as pastor did it. Their stories fell apart and they were all caught, not before William and Tyonne also started an affair. William was sentenced to 20 years and is currently in custody. He also cooperated with police and testified at his father's trial.
You can write William at:
William Fuller 01751763
Ferguson
12120 Savage Drive
Midway, TX 75852-3654 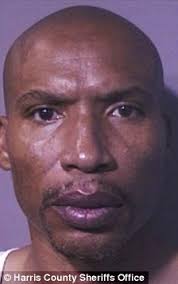 Not much more can be said of Tracy. He is where he deserves to be. The take away from this tragedy is never trust someone who is married and claiming a religion and active in the community of that religion who is willing to sleep with you. it seems so easy to see, but it's easy to be swept away by a predatory person. Predatory are in every religion because people there tend to be more trusting then others.

His appeal includes (see link):
Twenty-year-old   William   Fuller   murdered   his   step-mother,   Pauletta   Burleson.  Fuller’s father, appellant, was convicted of capital muder for agreeing to pay  Fuller  for  the  murder.    Fuller  was  11  years  old  when  he  began  living  with  appellant and Pauletta.  Life was difficult for Fuller in appellant’s home.  Appellant and Pauletta fought, both verbally and physically, sometimes even using weapons.  Pauletta  was  abusive  to  Fuller,  who  was  a  sickly  child  with  sickle  cell  anemia.    Appellant  and  Pauletta  took  government  funds  intended  for  Fuller,  even  after  Fuller  reached  adulthood.    Despite  appellant’s  failure  to  protect  Fuller  from  Pauletta and appellant’s own abuse of Fuller, Fuller and appellant often talked and Fuller knew “all of [appellant’s] secrets,”   including his many extramarital affairs. 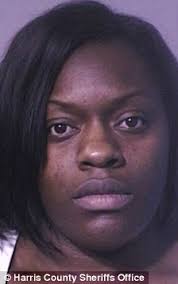 Tyonne Palmer was found guilty of murder and tampering with evidence in the murder of Pauletta  Burleson. Oddly enough she had been having an affair with Tracy Burleson, immediately following the murder she began an affair with his son, William Fuller. She was sentenced to 7 years in prison and 10 years probation. She is not currently in custody.