10 Things I Have Learned Over The Last 6 Months

These past few months have been quite a ride. Life has been throwing us all sorts of curve balls and I'm willing to bet there's plenty more to come. So, I present to you the things that I think I've learned* through this whole process.

Well, given adequate tools it is. Unity is still simple enough for just about anyone to pick up and start making something - even with little or no coding experience. As much as some people at Boss Alien hate me for saying it, I'm still not a programmer at all and yet I can hold my own thanks to Unity. In fact, Sproglet permitting, I'm going to be delivering a talk at the Brighton Unity Group this Wednesday on just that subject.

Finishing a game remains one of the hardest things you can do in this industry. Seriously. It's one thing to just bimble along, adding lovely gameplay features, fixing bugs and building content. It's totally another to actually do something with it afterwards.

And as for actually making money...

2. Ambition, Or Lack Thereof, Is Key

Be aware of your resources and limitations. It's all too easy to get carried away and end up mired in some monolithic mess. By all means, have the "Wouldn't it be cool if..." conversations, but be prepared to rein that stuff in. I would argue that it's better to have something simple and polished rather than epic but unfinished. Granted, when you look at my track record, there is compelling evidence to the contrary, but that doesn't mean to say that this isn't something I've learned - I just haven't managed to put it in to practice yet.

3. You Don't Have To Cut The Cord Straight Away

That's not a euphemism - you really don't have to cut the cord straight away. I mean, you can just leave baby attached until the cord decides to fall off by itself. I've seen images. They haunt my dreams. Actually, that's not even the half of it. There's a whole ton of stuff you can do with both cord and placenta, if you're so inclined. Picture frames, for example. Umbilical cord picture frames. Or how about turning the placenta into a tablet for you and your partner to swallow? Again, it's not something I'm particularly pleased about, but it's definitely something I've learned over the last 6 months.

To the extent that I'd feel a lot more comfortable taking a punt on giving up my seat on a bus for someone and not getting the fat / pregnant thing wrong, causing offence. I mean, I wouldn't say I'd be 100% confident, but more so than I was 6 months ago.

Okay, so not necessarily something I've learned in the last 6 months, but I've certainly had a lot more practical experience of this being true. Glyph Quest would simply not have been possible if I didn't know some of the people I do. Specifically, there are some things that I just do not know. How, for example, I managed to upload a really quite old version of the game to the App Store. But it's okay - I know a couple of people who probably know how and why that happened and, more importantly, what to do to fix it. IAPS** - that whole system is a complete mystery to me. So I got someone else to write it. Setting up the website - not a clue! Again, a friend has stepped in. There's practical things too - the iPad we're using is borrowed off of Leanne's sister Vicky.

This saying is going to be especially true regarding the marketing as well. Getting the right contacts in the press. Trying to get a spot of coverage. Anything to get Glyph Quest as much in to the public consciousness as possible. Network, network, network.

I can't stress this enough - having a decent support network is absolutely vital. You hope you never have to use them, but it's much better to have them available. By support, I don't just mean with technical things either. Emotional support is vital. People who believe in you. People who are willing to cut you some slack as you work out the kinks. People who are patient and willing to let you try and prove your point.

6. The Submission Process Is... Tricky

As ably illustrated by the stuttering launch of Glyph Quest, the whole App Store Submission thing is tricky. The vast majority of that is down to my own lack of coder knowledge - how Xcode works, for example. The rest is a combination of a myriad of hoops to jump through - of which things like Provisioning Profiles represent the simple end of the spectrum - and some pretty arcane things that you only know about by, well, knowing. We made life more complicated for ourselves by our choice of monetisation as well. Releasing a paid app would have been an order of magnitude simpler and one that may well prove to have been a wiser choice. But we do like our approach - it seems fair somehow.

The real trick is going to be when we come to make whatever game we want to make next. If it has to go through the App Store, will that be something that we can do on our own or will we require supervision at the very least?

Well, thanks to some expert tuition from Bangs and Alex, I now feel a lot more confident*** about that process. Even this time, it wasn't entirely smooth and we had to pull the new binary a couple of times - once to add in the IAP stuff at the iTunes Connect end**** and another because it looks like Xcode crashed during the upload process. Better safe than sorry, eh?

7. How Pregnancy Makes You Impossible To Hire

It shouldn't happen. I believe there are actual laws in place to prevent discrimination based on pregnancy status. Of course, they're entirely un-enforceable. Despite being somewhat invaluable an asset to Remode, Leanne was completely unable to find work when she moved to Brighton. But I suppose if she had found work, we wouldn't have had this great adventure we've been on recently.
There's been a lot of talk recently of women in the industry, what with the whole #OneReasonWhy and #OnReasonToBe debates. I guess this is just another part of that issue and another hurdle to get over.

Ensconced in the bubble that was Boss Alien towers, you'd be forgiven for thinking that iOS was the be all and end all of mobile devices. Yet easily the most common question people ask me about Glyph Quest is when it's coming out on Android. Answer - once I figure out how to send the project repository to a friend who's going to do the conversion for us.

Okay, perhaps a bit of a misnomer this one. There's panic alright. About a great many things. I think the thing I've learned though is that panic helps no-one and there are a couple of people looking to me to be some kind of rock through all of this. So I try to outwardly convey calm. I am a swan on a lake. Things have gone disastrously wrong - from the roof falling off on Christmas Eve to the landlord serving us notice to the botched launch and an imploded wisdom tooth that still hasn't been sorted - but I have to remain solid. Unwavering. A foundation stone that others may use for support. It's trying. Taxing even. I know it's only going to get harder once Sproglet arrives as well. I haven't seen my comfort zone for months. But that's okay - not being in my comfort zone may well be my new comfort zone. I may not know how to fix every problem right now, but I'm confident that I'll work it out eventually.

I have one thing to do and one thing only - ensure that Leanne and Sproglet have everything they need.

All other priorities rescinded. 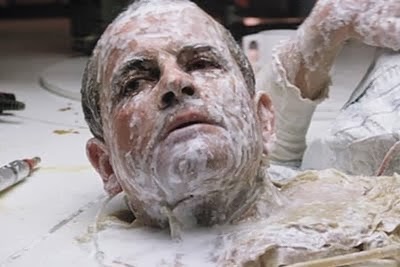 *Okay, some of these I already knew but the last 6 months have really rammed home their importance.

**In App Purchases. The buttons you press when you're a small child to give your parents nightmares.

***Still not actually confident, but more so than before.

****Holy crap, but all of the hoops you have to jump through if you want to use IAPs is just maddening.